For information about COVID-19, including symptoms and prevention, please read our COVID-19 patient guide. If you need to see your provider, please contact us to see if a Video Visit is right for you. Please also consider supporting Weill Cornell Medicine’s efforts against the pandemic.
Dermatopathology

The clinical history is that of an 83-year-old female with cutaneous T cell lymphoma whereby there is a clinical question raised of CD30 positive transformation. The findings are diagnostic of an epidermotropic CD8 positive T-cell lymphoma exhibiting cytotoxic protein expression as characterized by extensive TIA and granzyme positivity. There is extensive infiltration of the epidermis and adnexal structures by malignant CD8 positive lymphocytes. As well there is a significant eccrinotropic and vasocentric component with evidence of vascular injury. The neoplastic lymphocytes are noncerebriform and are predominated by small and intermediate sized lymphocytes with a minor large cell component(<30%) without evidence of cd30 positivity. the neoplastic lymphocytes do not show characteristic phenotypic profile for mycosis fungoides given preservation cd7 and loss cd2.< >>

Overall, this pattern of a large cell cytotoxic CD8 positive epidermotropic lymphocytic infiltrate with angioinvasion showing this distinctive phenotypic profile of CD7 positivity with a loss of CD2 is characteristic for the aggressive form of primary cutaneous T cell lymphoproliferative disease namely primary cutaneous aggressive epidermotropic CD8 positive T-cell lymphoma. This lymphoma also falls under the alternative of appellation of Berti's lymphoma after the seminal paper written by Berti and coworkers in 1999. In this original index series the authors described 9 patients with a sudden onset of multiple patches, plaques, and nodules. The typical slow evolutionary course characteristic of mycosis fungoides was not seen. Due to striking angioinvasive properties, ulceration was common. Metastatic dissemination to the lung, central nervous system, and oral cavity occurred in 50% of cases. Interestingly lymph node involvement was uncommon(Berti et al, 1999). 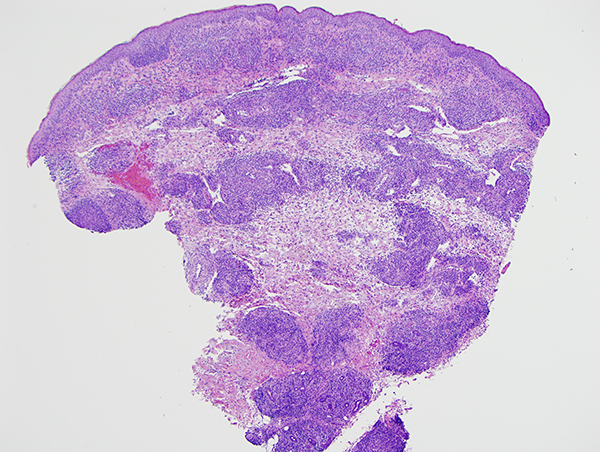 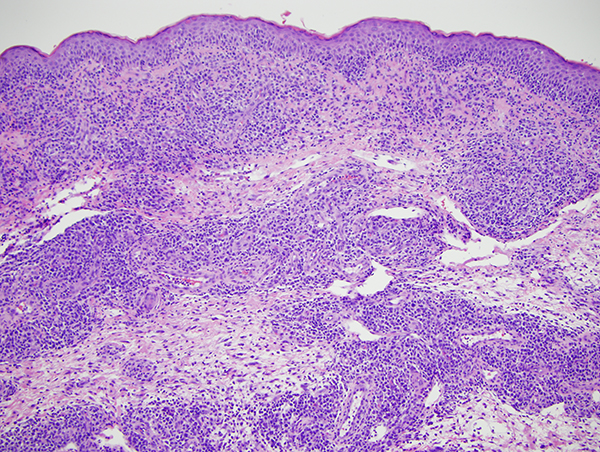 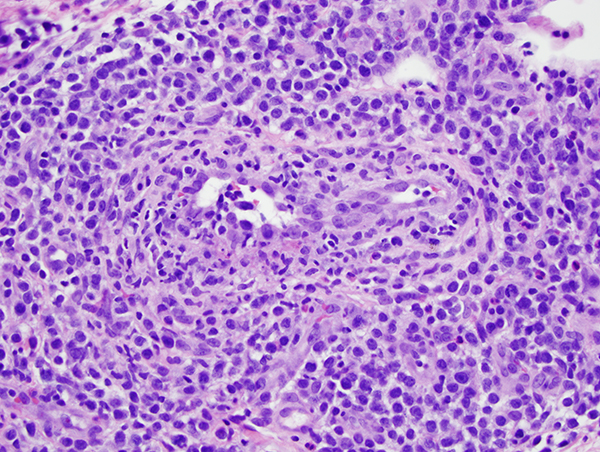 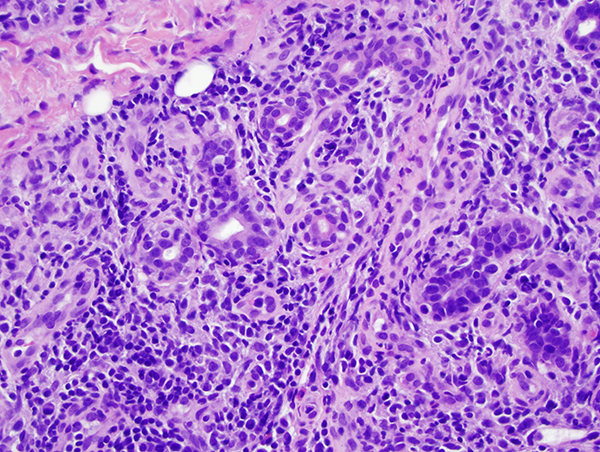 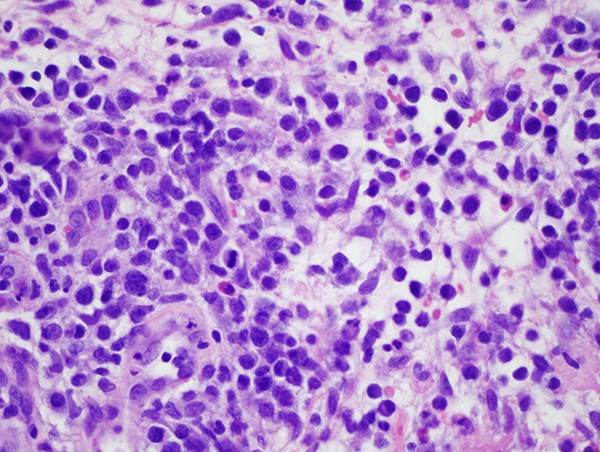 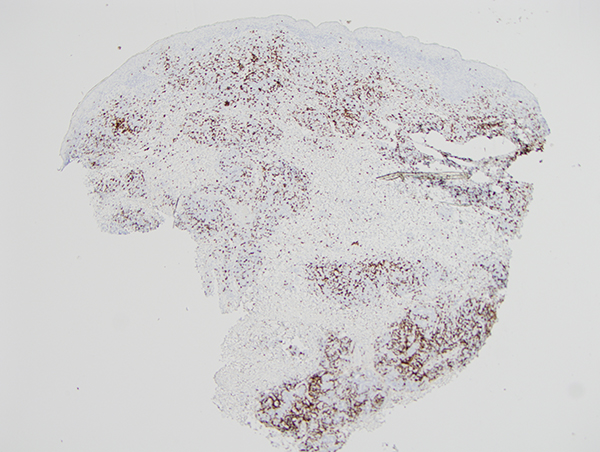 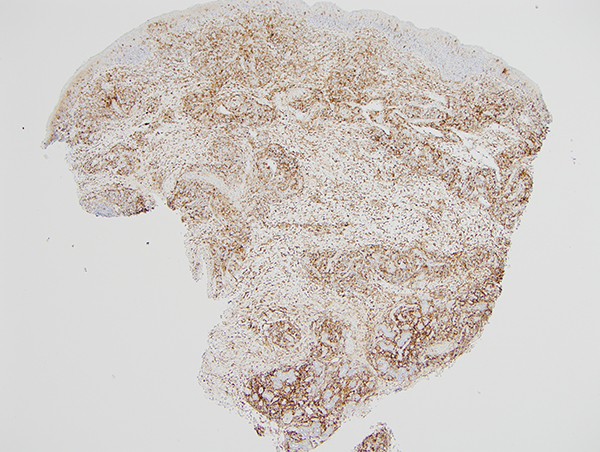 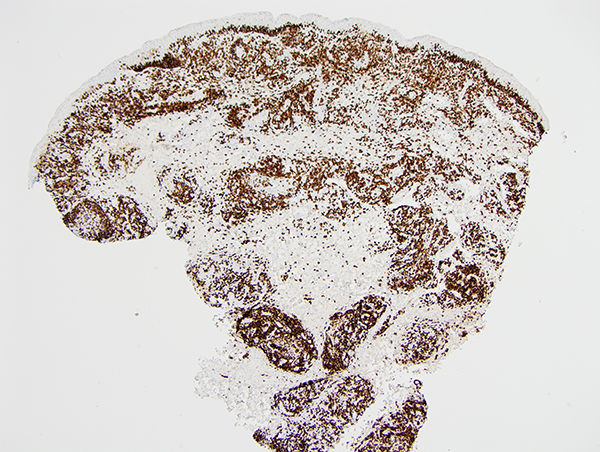 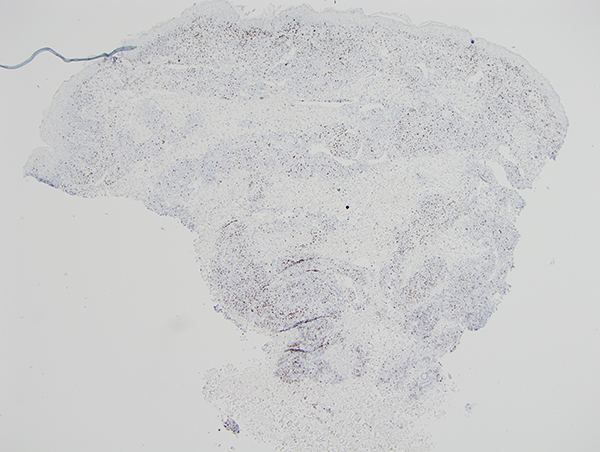 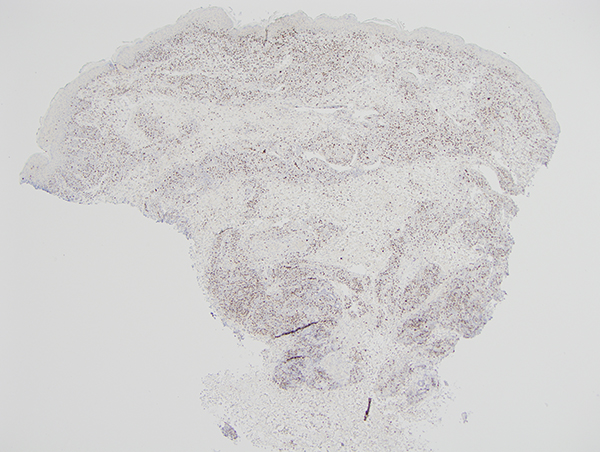