Case 1: Catastrophic Parvovirus B19 Endothelialitis in an Immunocompetent Host

Case 4: Pancreatic Panniculitis as an Initial Presentation of Acinar Cell Carcinoma of the Pancreas

Case 14 Juvenile Dermatomyositis presenting as an Elbow and Knee rash 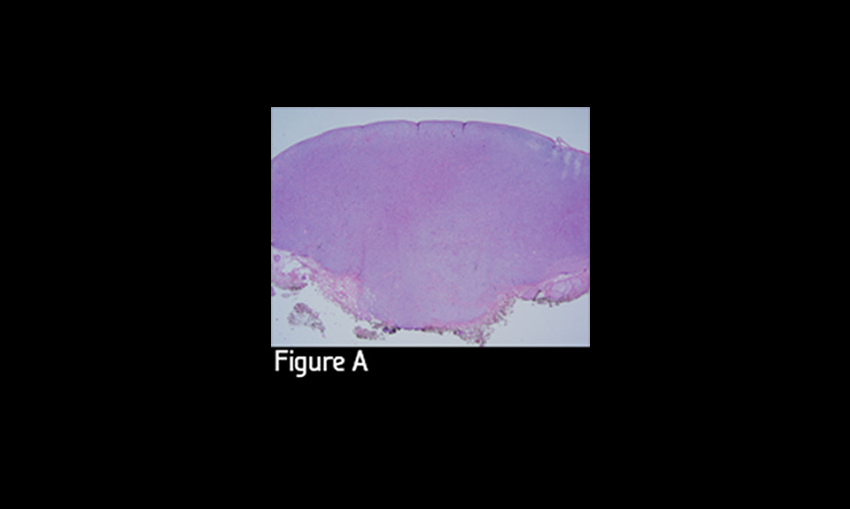 This low power view shows an extensive nodular lymphocytic infiltrate that is permeativeof the epidermis. It is a sharply circumscribed infiltrate that involves the dermis. Note the pushing nodular border towards the base. The typical eccrinotropicand perineuralaccentuation seen in LYP is not seen. 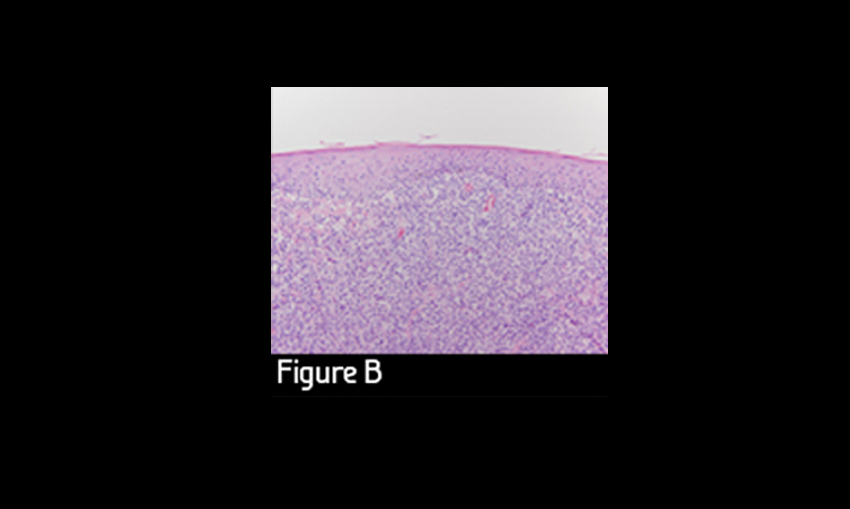 There is a strikingly epidermotropiclymphocytic infiltrate whereby there is a disparity between the small cell dominant infiltrates present in the epidermis juxtaposed to the larger cell infiltrate in the subjacent dermis. 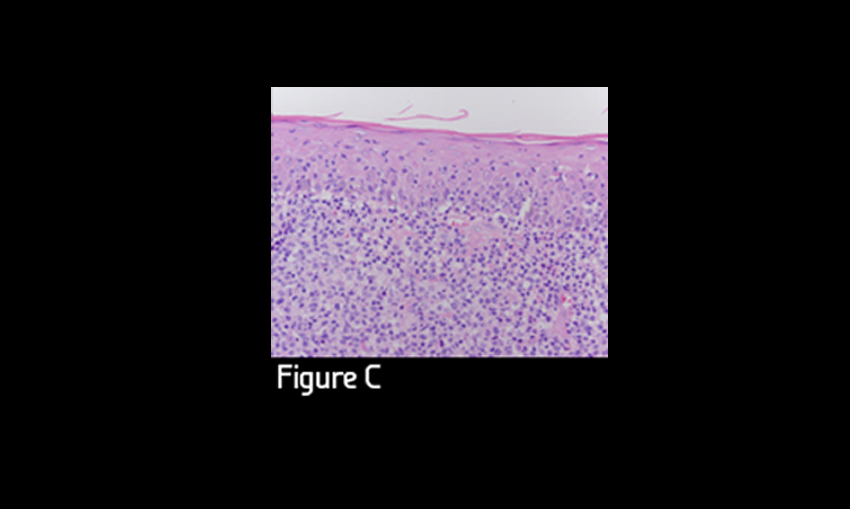 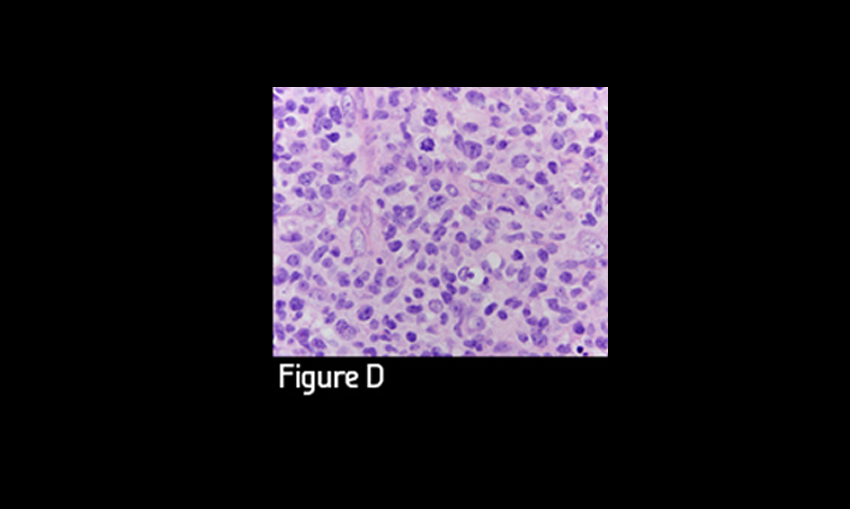 Examination under oil reveals the malignant large cell hematopoietic populace that dominates the dermal infiltrate. There are a few smaller lymphocytes although clearly the main cell population is in the 30 micron size range with a vesicular chromatin and prominent eosinophilic nucleoli. 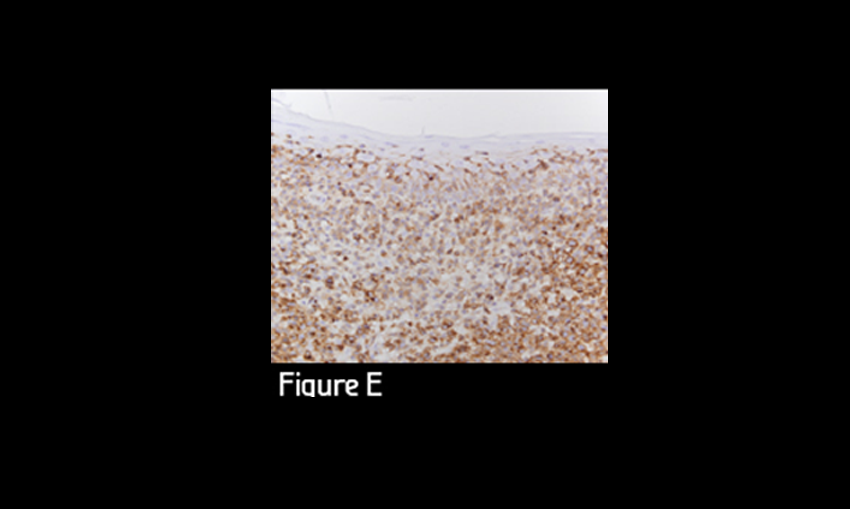 A CD30 preparation shows very extensive immunoreactivityof the neoplastic cells both within the epidermis and dermis. 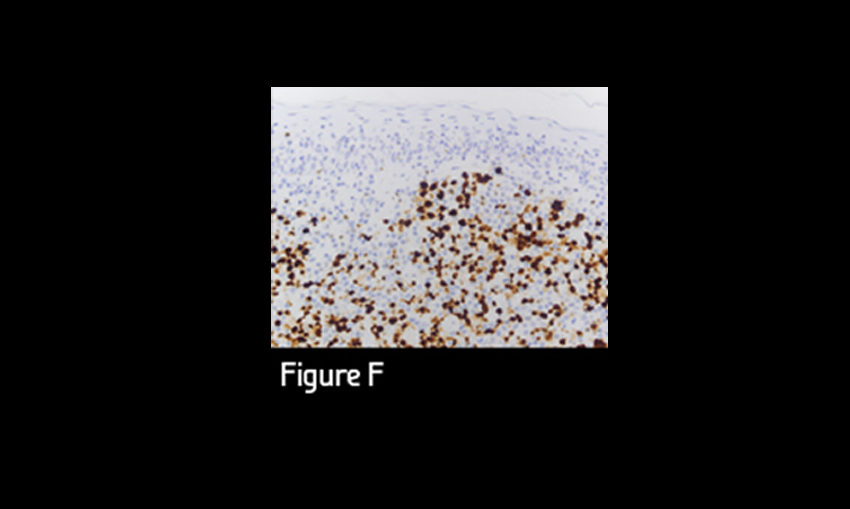 There is overexpression of the neoplastic cells within the dermis for MUM1. Interestingly the epidermotropicsmall cell populace is MUM1 negative emphasizing that this cytogenetic abnormality has no influence on IRF4 protein expression 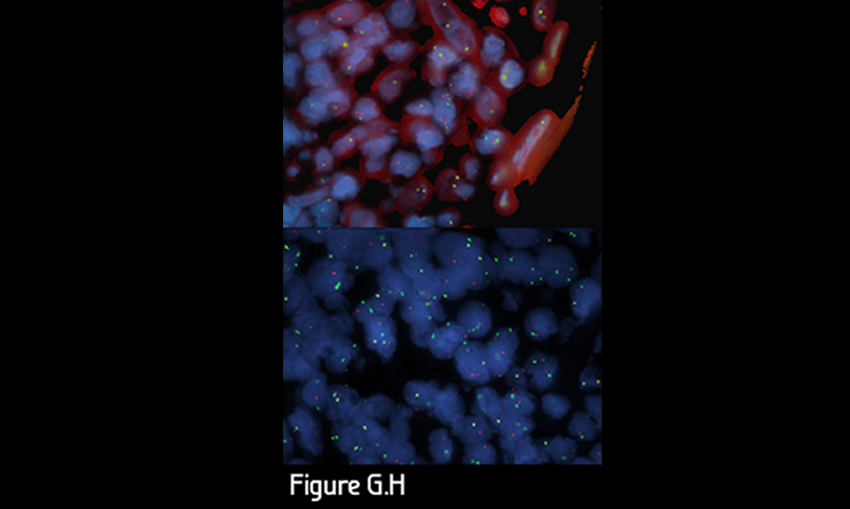 An 81-year-old male received a heart transplant in 1998 for idiopathic cardiomyopathy. The procedure was uneventful without any immediate complications. He was treated with azathioprine (50 mg) and cyclosporine (25 mg) for long-term immunosuppression with a brief period of concurrent prednisone in the distant past. Other than mild cyclosporine-related renal insufficiency, his clinical course was unremarkable. In November 2014, he presented with a history of an expanding neck lesion. Physical examination revealed a 2.2 cm non-painful nodule on the right neck. The patient was otherwise asymptomatic. An excisional biopsy of the nodule was performed. A PET scan was performed in January 2015 to rule out an occult malignancy but was negative for metastatic disease. Azathioprine was removed from his medication regimen as he was considered to be at low-risk for rejection. Clinical follow-up showed no evidence of disease progression as of the time of manuscript submission in March 2015.

The excision of the right neck nodule revealed an effacing nodular atypical mononuclear cell infiltrate spanning the papillary and reticular dermis. There was no grenz zone separating the infiltrate from the overlying epidermis (Figure A, B). The epidermis was diffusely infiltrated in a passive epidermotropic fashion by small to intermediate sized atypical lymphocytes exhibiting a cerebriform morphology (Figure C). In contrast, the populace in the dermis was comprised of large (20-30 um) relatively monomorphic transformed-appearing cells with round to oval nuclei and conspicuous nucleolation; cytoplasms were moderately abundant (Figure D). Mitoses were abundant within the dermal population. There was a relative paucity of other inflammatory cell elements.