The findings are very distinctive and most compatible with a fibroblastic connective tissue nevus. The entity was recognized by Sebastian de Feraudy and Christopher Fletcher where they reported a series of twenty-five cases of a seemingly distinctive lesion for which they use the appellation fibroblastic connective tissue nevus. The lesions typically present in the first decade of life as a poorly defined plaque-like cutaneous thickening most commonly on the trunk and head and neck area. The lesions range in size from 0.18 to 2.0 cm with a median size of 0.6 cm. It is characterized by a deeper dermal proliferation of bland fibroblastic cells arranged in short intersecting fascicles with neither atypia nor pleomorphism. There is an admixture of mature adipose tissue. The fibroblastic cells do show CD34 and smooth muscle actin staining. Given the admixture of adipose tissue and the frequent finding of overlying papillomatous change leads one to conclude that the lesion is perhaps more of a developmental anomaly as opposed to a neoplasm. The differential diagnosis would also encompass a dermatomyofibroma, a piloleiomyoma, a fibroblastic predominant variant of a plexiform histiocytic tumor and a fibrous hamartoma of infancy. Perhaps the morphology is most reminiscent of a dermatomyofibroma. As you know the fibrous hamartoma of infancy is primarily a subcutaneous based lesion with extension into the dermis as opposed to being situated primarily in the dermis as noted in this case. The distinctive quality of the cells from a cytomorphologic perspective in concert with their short fascicular growth pattern would not specifically support a diagnosis of a dermal/intradermal spindle cell lipoma. 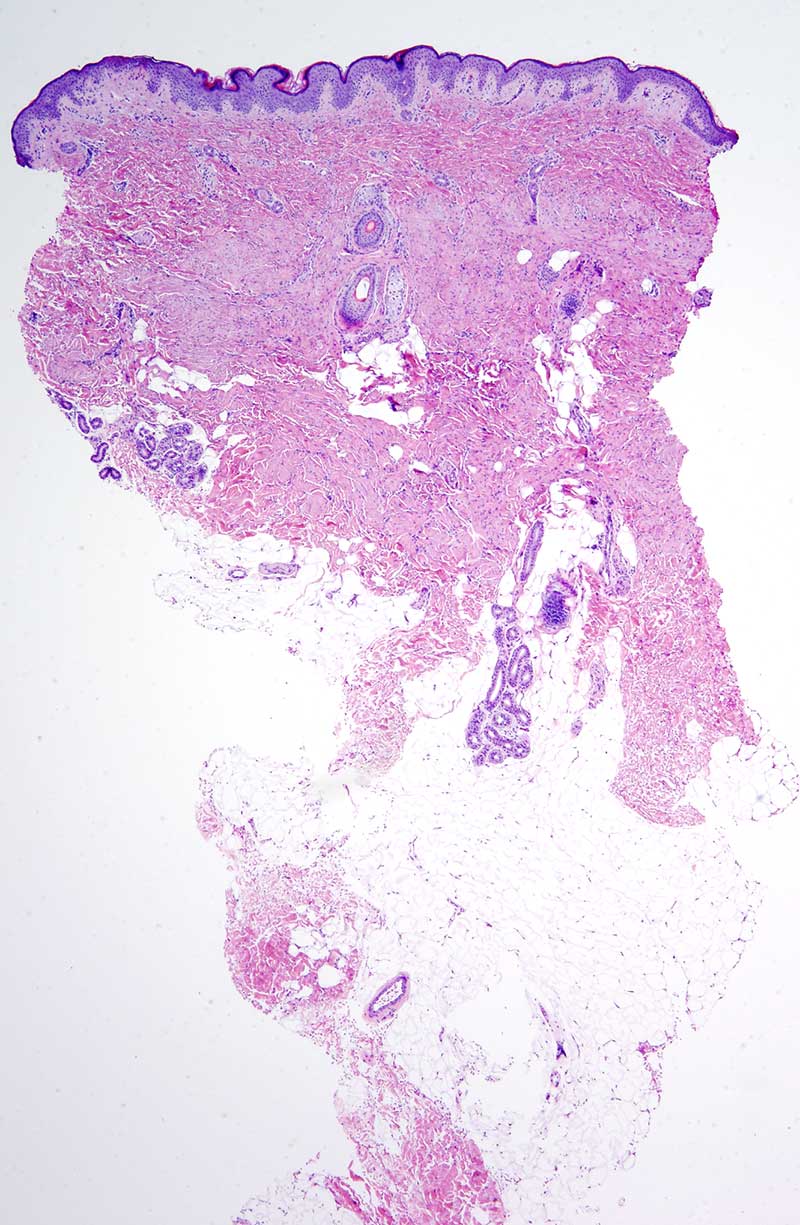 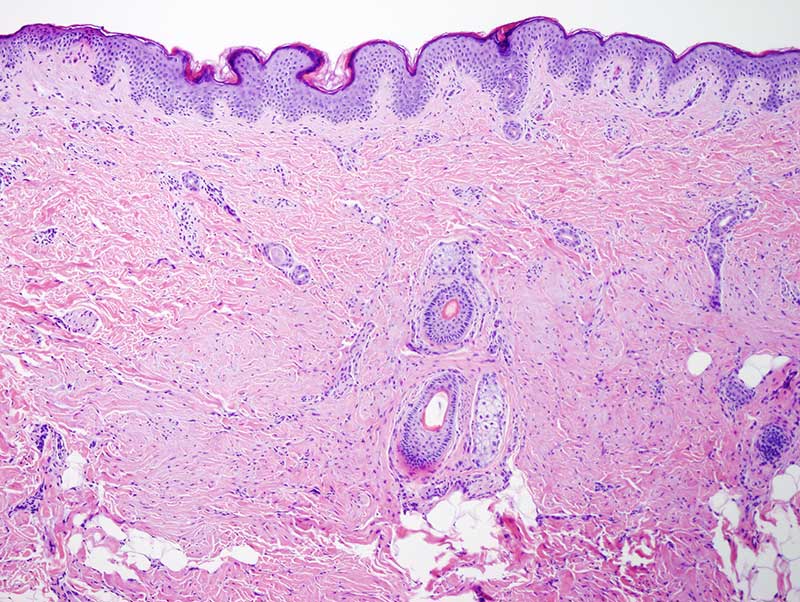 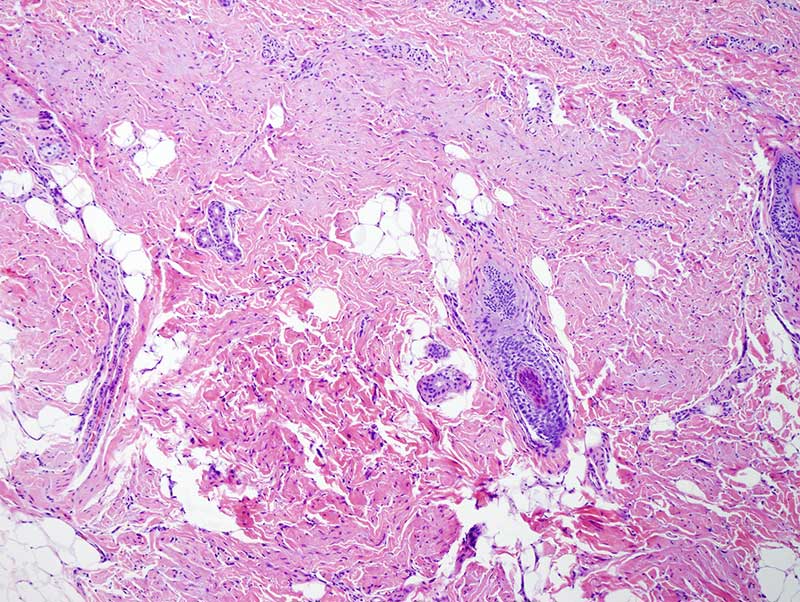 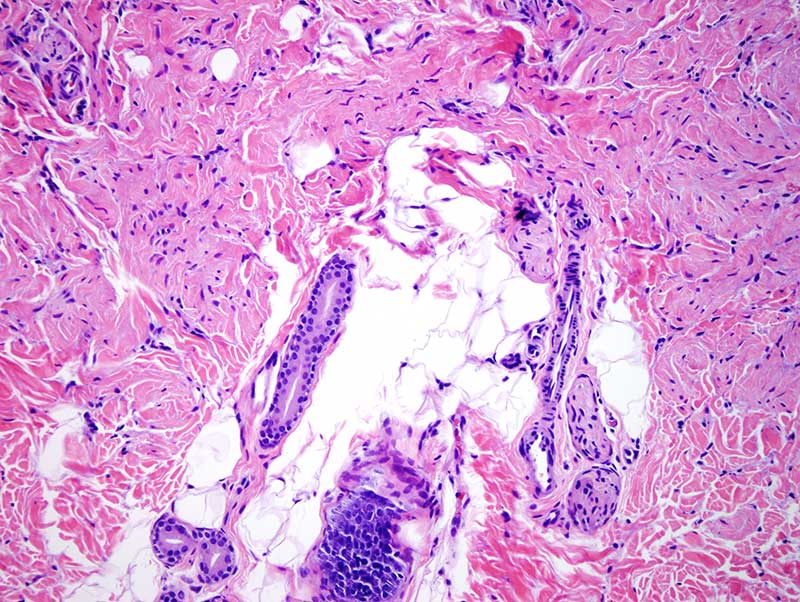 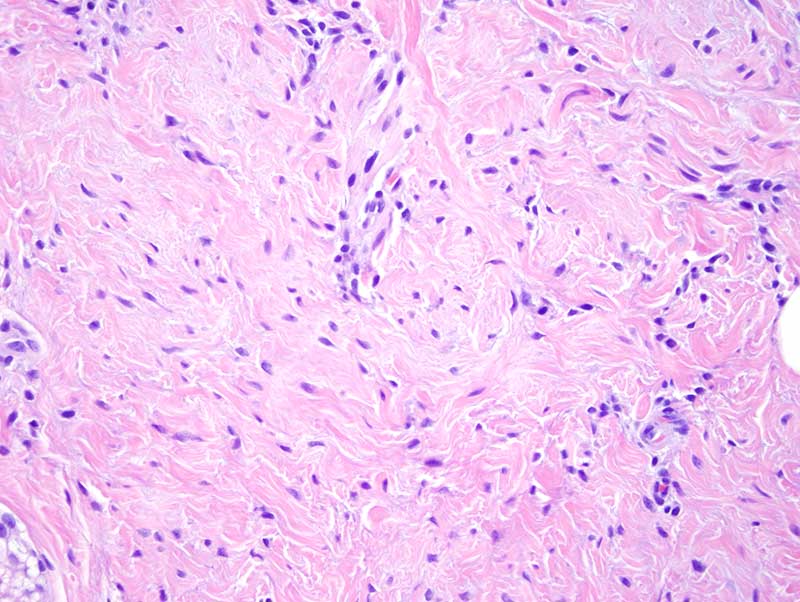 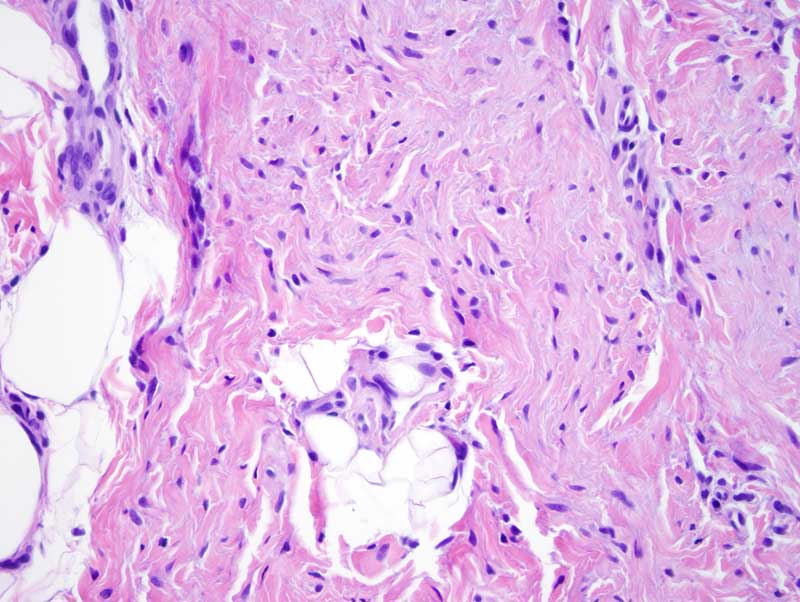 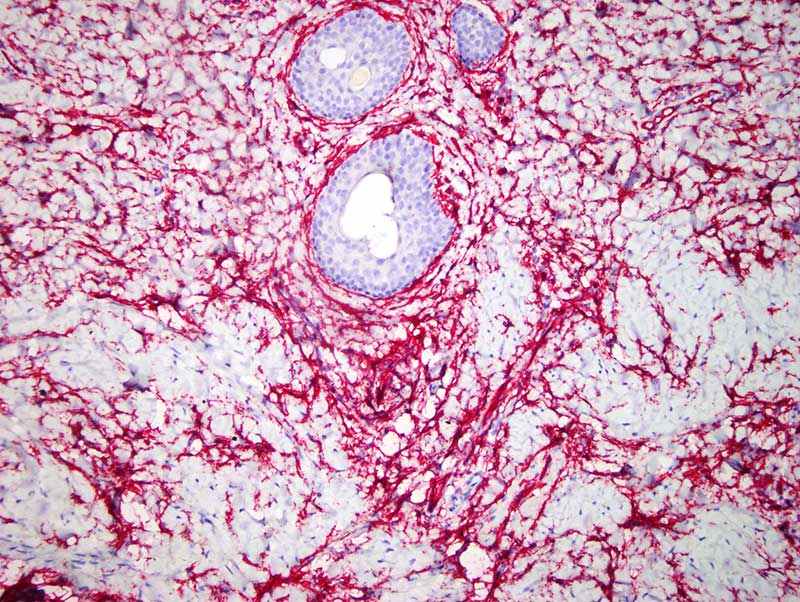