Low-grade fibromyxoid sarcoma most commonly presents in young to middle aged adults and is more common in men. It is typically slowly growing and arises in the deep soft tissues of the lower extremities but can also be seen in neck, chest wall, buttock and inguinal regions as well as other sites. Hyalinizing spindle cell tumor with giant rosettes is a variant of low-grade fibromyxoid sarcoma. 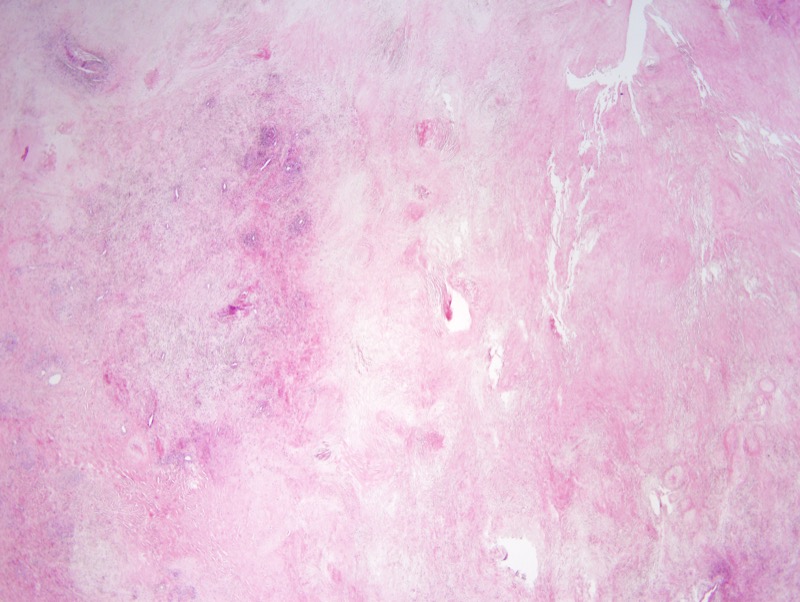 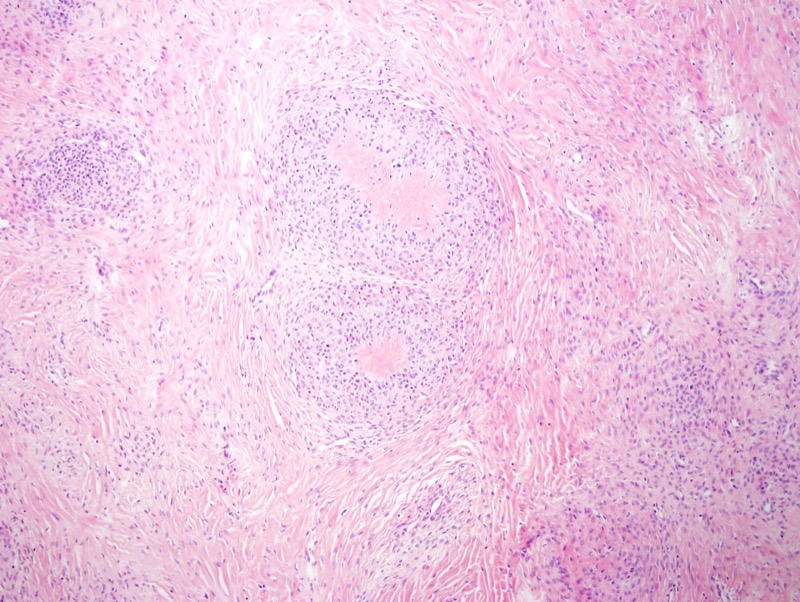 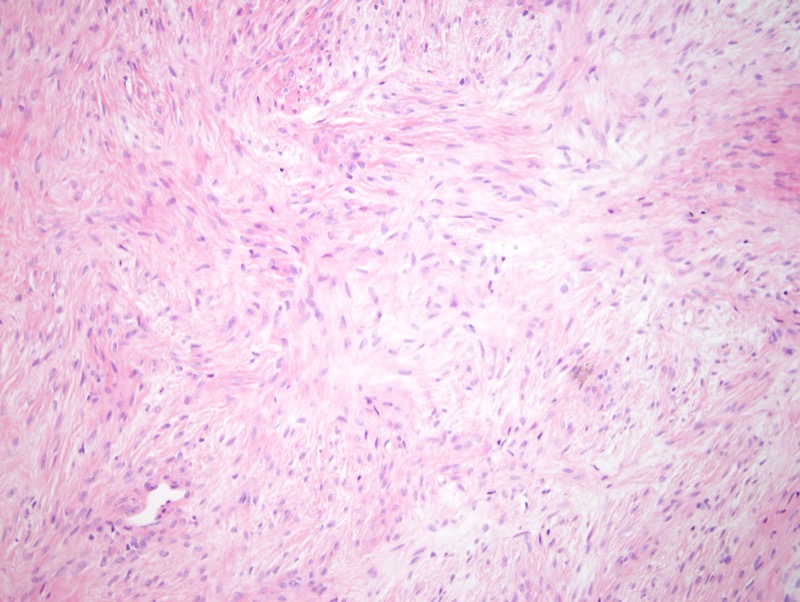 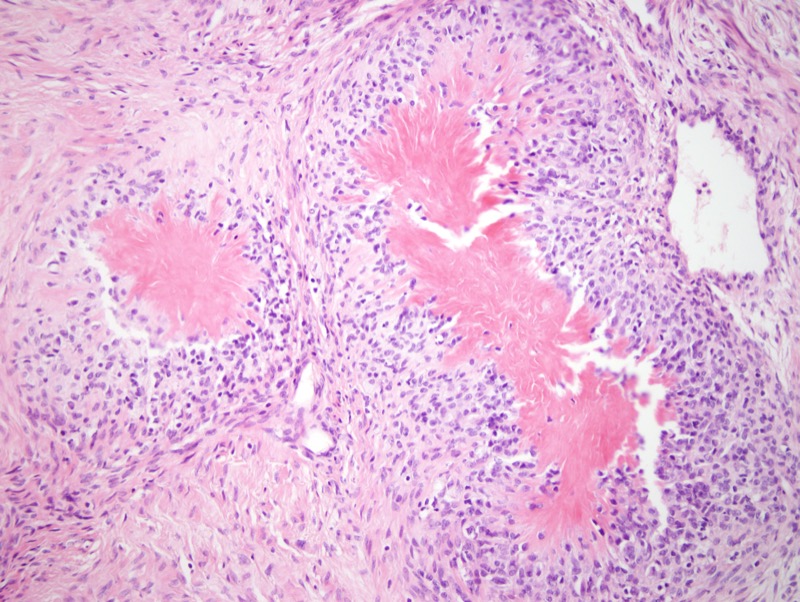 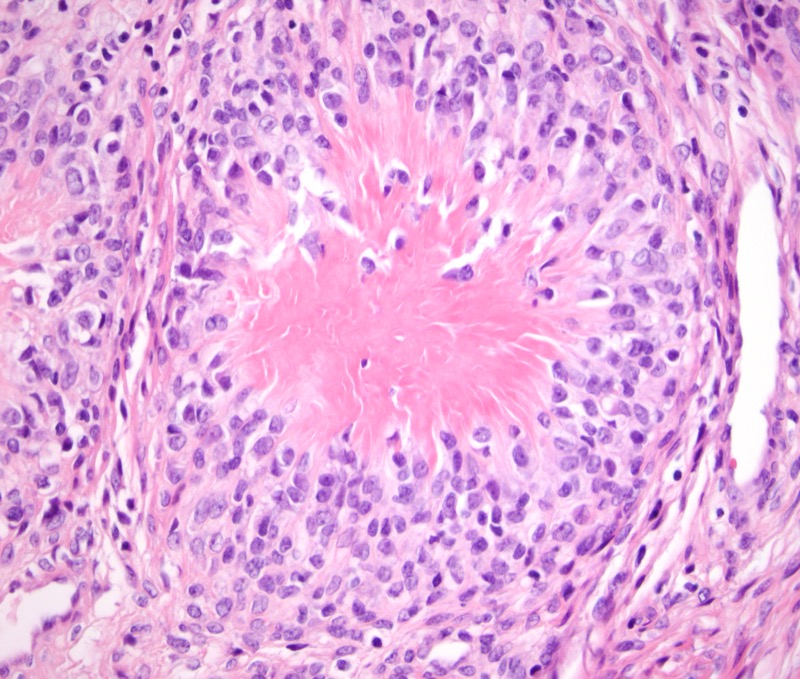 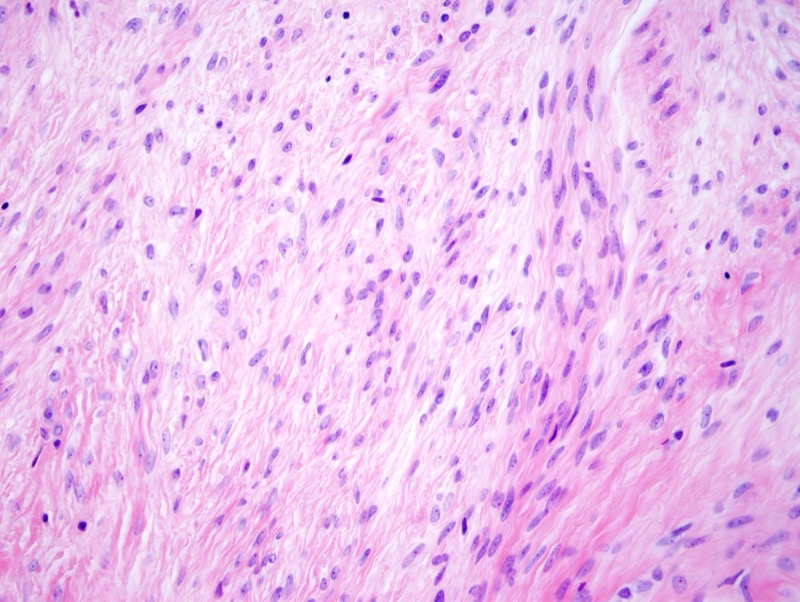