Overall, the findings are compatible with lichen simplex chronicus. A particular fascinating fact of this biopsy is the degree of mucin deposition around the eccrine coil. There was a recent paper published by Lee and coworkers that addressed periadnexal mucin as an additional histopathological feature of chronic eczematous dermatitis. As you know, there can be an accumulation of cutaneous mucin in conditions that fall under the general rubric of primary cutaneous mucinosis in which mucin deposition is the main histologic feature but mucin can also accumulate as an additional finding in the setting of other forms of cutaneous inflammation and/or neoplastic lymphocytic infiltrates. The authors found a much greater extent of perieccrine mucin deposition in the setting of eczematous dermatitis compared to normal controls and psoriasis. There are certain cytokines such as interleukin 1, TNF and transforming growth factor that can play a major role in mucin synthesis within the dermis. In chronic eczematous dermatitis there is a much higher degree of IL-10, IL-6, interferon, gamma, IL-4 and TNF alpha in the skin compared to the acute eczematous stage. Hence, one might postulate that the cytokine milieu could be conducive to this particular finding of prominent perieccrine mucin deposition 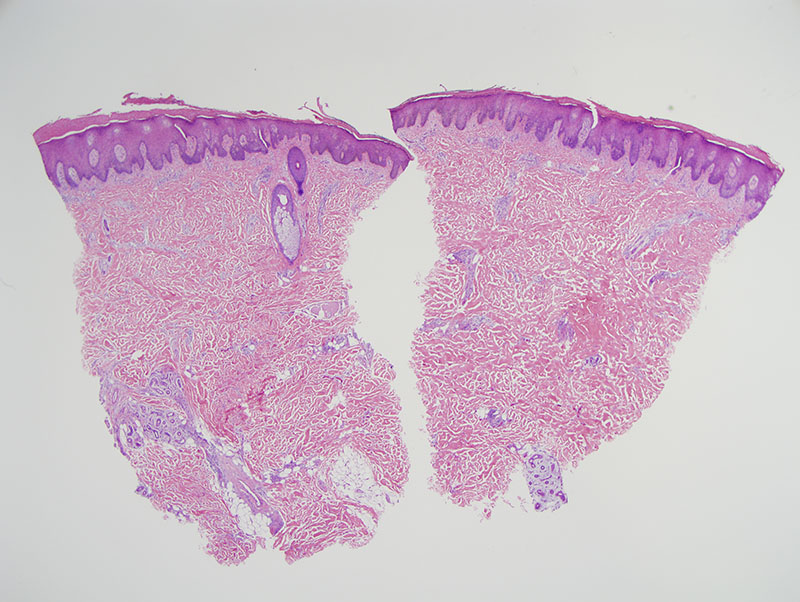 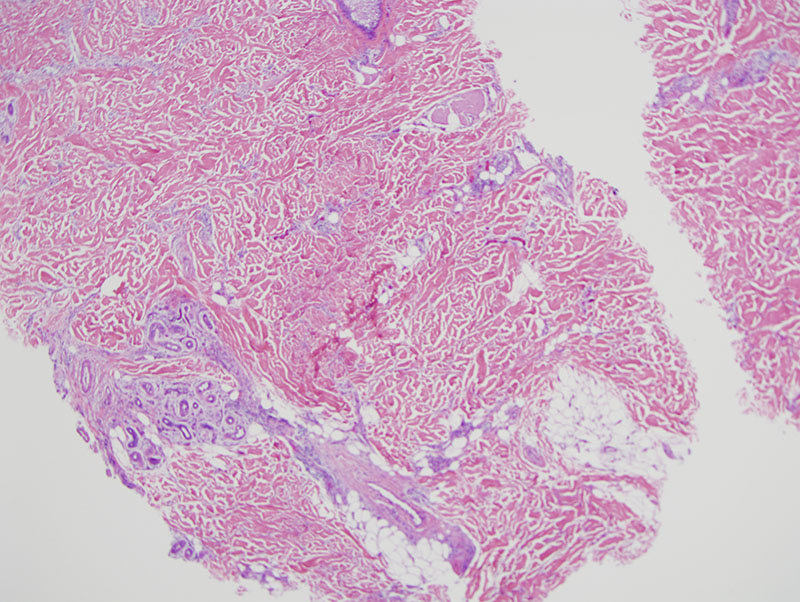 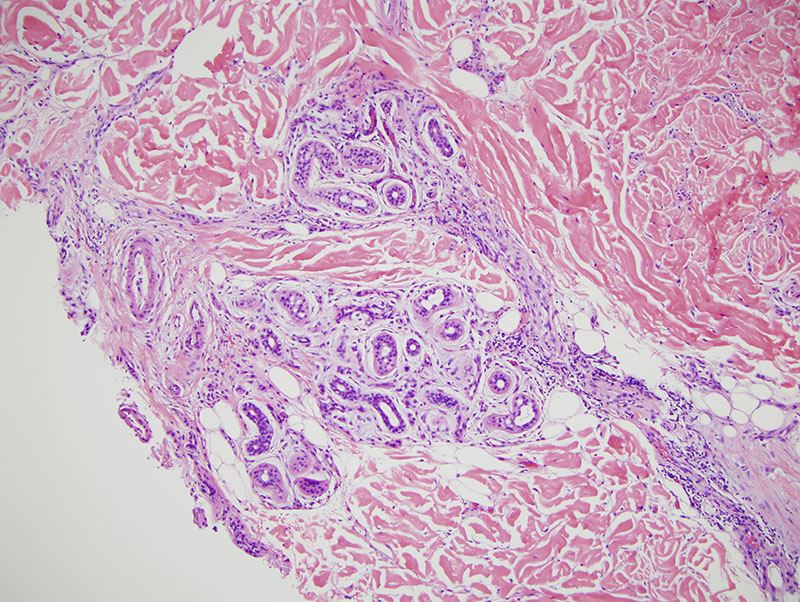 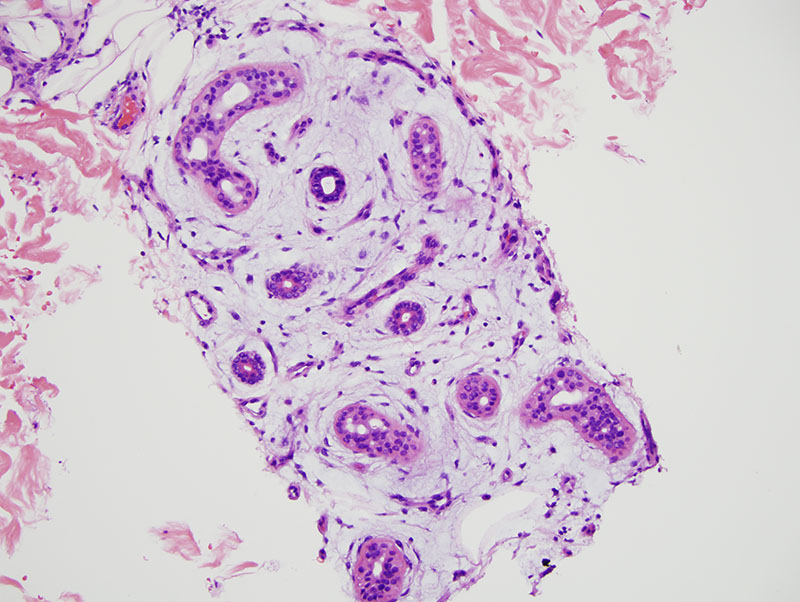 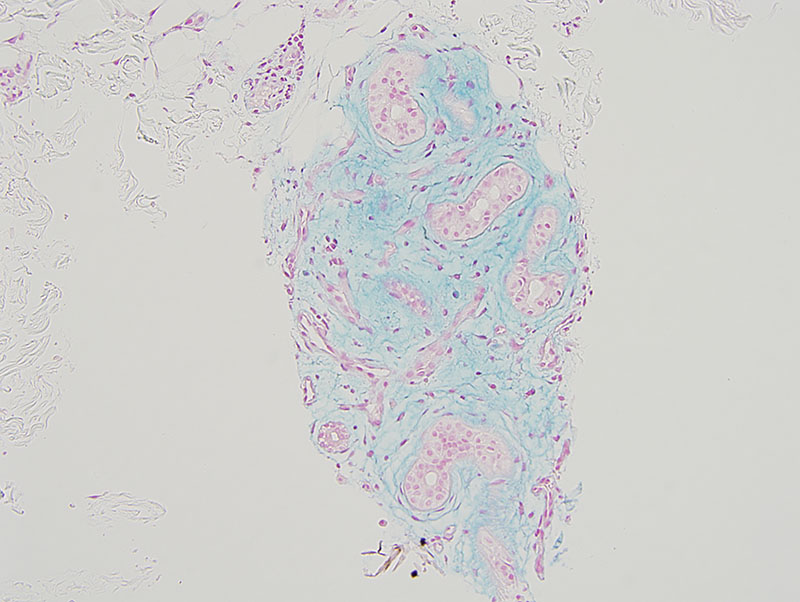